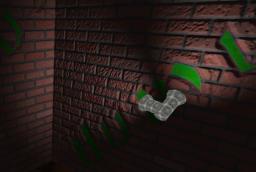 The effect requires four texture units, a bumpmap, vectorfield, spotlight texture, and a small 2 texel texture to remove the backprojection. (With fragment shaders the last texture shouldn't be neccesary) 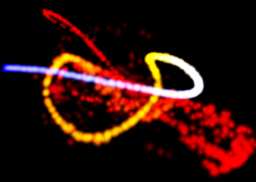 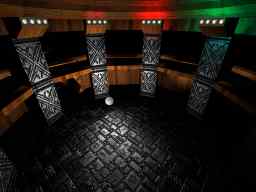 2002-05-04:
Bumping this demo up again as I've finally got around to clean up the code and sort of finalized it. Source in now available for all you people that I know have been waiting, I apologize for all the delay. There aren't a whole lot of changes since last time, slightly tweaked lighting, the fogging I worked didn't make it into the demo either, it would be too much trouble to get a solid implementation on todays hardware with the method I tried.Refractions and reflections
Thursday, April 11, 2002 | Permalink 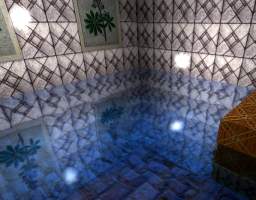 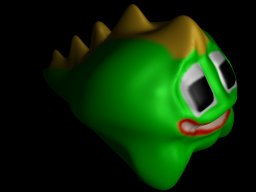 This demo shows a keyframe animated character, anyone who have played the old classic game Bubble Bobble will recognice this as one of the cute little dragons from it. I've made it in Maya and a loader for .gof files you can export from maya is included. It has 17000+ polygons.
There is also code to help the serious lack of simple glVertex() calls for simple test stuff as you have in OpenGL.StencilShadows
Wednesday, March 13, 2002 | Permalink 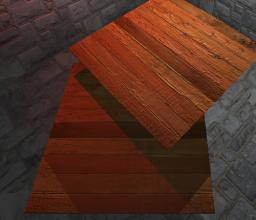 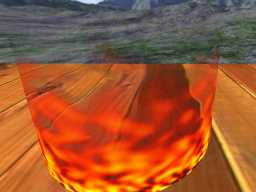 Required:
GL_ARB_multitexture
GL_ATI_fragment_shader
WGL_ARB_render_texture
GL_EXT_texture_edge_clamp
GL_SGIS_generate_mipmap
This is a demo showing how to create a hot air effect with dependent texture reads. First the world is rendered to a texture, then to the screen. Then it creates a fire with a procedural texture. This fire texture is then used both as colors and as an offset of the texture coords for the texture I rendered to. The final result is an effect where it looks like the hot air around the fire refracts the light from the background. 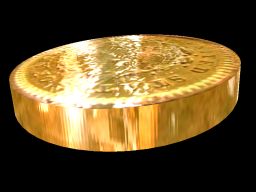 Required:
GL_ARB_multitexture
GL_ARB_texture_env_combine or GL_EXT_texture_env_combine
GL_ATI_envmap_bumpmap
This is a screensaver with a shiny rotating EMBM:ed coin.
It will only run on Radeon series cards at this time.More pages: 1 ... 6 7 8 9 10 11 12