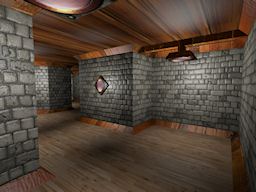 But can software patents hinder people from using the code in freeware or open source projects anywhere in the world? As long as there is no money involved, you can't get fined right?Rob L.
Friday, March 18, 2011

It may be naive, but being a European developer I nearly ignore the very existence of software patents (with the exception of the occasional EU petition against them, which I of course sign). As long as the EU and the country in which I reside don't recognize software as "patentable", I feel safe.
So, because I don't develop software for the US retail market at the moment, I couldn't care less about them.

You are an EU citizen, the software you provide on this site is educational in nature and is for free, so why bother?
If you must, just ask a lawyer or maybe somebody at your employer, who can give you a general advise for free (which in this case is synonymous with buying that person lunch and / or beer ;^) ). Somebody surely does have to keep track of such issues there.

Well, keep up the good work and keep us updated should you find out about anything interesting about US patents in the EU. (Yes, I wrote I don't care, but that goes either way: knowing or not knowing about something.) ;^)

PPS: I even tweeted you a link regarding the EU's stance on software patents.Walt Donovan
Saturday, March 19, 2011

Ugh. I didn't mention the patent with the intent of preventing people from using the idea in a present-day shader, but to give yet another example of good ideas being reinvented.

My apologies -- I won't mention anything else I might have invented.

Personally, I think software and business method patents and patents on DNA codes are an abhorrent use of the idea of patents. Software is mathematics, which cannot be patented. Business methods are analogous to software. And you didn't invent DNA, evolution did.

Again, let me apologize if in any way that patent prevents you from using the algorithm. You'd have to read exactly what was claimed, by the way, in order to determine if you are infringing. (That is, the similarity of the algorithms is irrelevant; what matters is the exact wording of the claims in the patent.)Rob L.
Sunday, March 20, 2011

I for one find it very interesting to have a patent holder (I assume) making direct contact that isn't of the cease and desist kind. It's nice to get some feedback from "the other side", in my opinion.

So, in my book, you're welcome to share your knowledge as much as you like (and / or are allowed to), Mr. Donovan. That's what we're here for, right?

your method is great but there is a problem when an edge is not visible when an object intersect another, think about a cube over a plane like this

how can we fill KMF when drawing triangles instead of lines???More pages: 1 2 3