"I don't measure a man's success by how high he climbs but how high he bounces when he hits bottom."
- Gen George Patton
More pages: 1 2 Clustered Shading
Tuesday, March 24, 2015 | Permalink 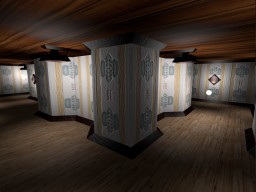 Hi
Nice Demo, but i couldn't see stencil mask (no difference between F7 and F

.
After setting MSAA to higher than "NONE" Stencil Mask was then visible.
I use a GF 660.

That's normal, because if there's no MSAA, then no pixels will be tagged as an MSAA edge pixel.Nuninho1980
Saturday, March 28, 2015

What is the benefits doing the clustering in world-space ? Is it a better way to do ? I actually have a view-space implementation using compute shader to generate the light grid. Do you think deferred rendering will not be used anymore in the future and only forward will be used ?Michael
Saturday, March 28, 2015

Last question : I saw in App.cpp you do the clustered Light Assignment in CPU, why not do it in a compute shader to free the CPU of this task ?

I found a bug in the settings using F1, move the setting's window in the border of the application's window (top-left and bottom-left), you will see a white line on the whole screen.Nuninho1980
Saturday, March 28, 2015

Your newer demo hasn't well optimized as almost rest your older demos because its don't use (almost) full GPU usage. Why??