The phong demo has been updated to support both Blinn and Phong models, plus fixed a problem with ambient. It should now also run on ATi's OpenGL driver 1.3.3410 (previously required 1.3.3413). 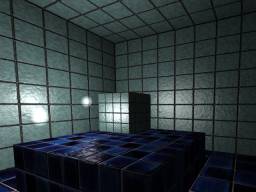 I've uploaded a new demo implementing a slightly simplified version of the phong illumination model.
It should run on Radeon 9500/9700, but you will need to get the latest 6200 drivers.

The framework has also been updated with some small but important design changes. This means some older demos won't compile and/or wont work with the new framework. I will update those demos once ATi fixes their rendering to texture bugs, can't be bothered to fix a demo that doesn't work anyway on current drivers.

I have uploaded a new texture. I have also written a new tool for viewing textures and/or bumpmaps. It's available in the textures section.

Got my Radeon 9700 yesterday. First of all I must say that this card rocks.

Incredible performance and loads of cool new features. However, it took ATi a month and a half to deliver it though, which I can't say I'm too pleased with, especially when you order it as a developer. One would have thought a developer, how insignificant he might be, would be prioritized a little higher than the average gamer, but obviously not. Maybe it's because I'm European, Radeon 9700 is finally getting available here in Sweden after having been available for several months in North America, they can't possibly ship a card to Europe before every American customer has one, can they?

Anyway, I have updated the Volumetric fogging demo. It should now work on multimonitor setups. I've also fixed a bug that caused cards not exposing WGL_ARB_pixel_format, like certain Wildcat cards, to not get any alpha. Some people requested a way to turn the music off or at least adjust the volume. I haven't added a nice slider or anything like that, but at least you can now type like "set SoundVolume 50" on the console and restart it to use half the volume, it ranges 0-100.
For Radeon 9700 users, you're out of luck right now. There's a driver bug causing it to look incorrectly, but I expect the next driver release to contain a fix to this problem.

I'm proud to introduce a new Texture section on this site.

I'll try to add a few textures a little now and then, right now I have two CubeMaps/SkyBoxes I have rendered with Terragen. I have also uploaded a suitable tool for viewing SkyBoxes/CubeMaps. 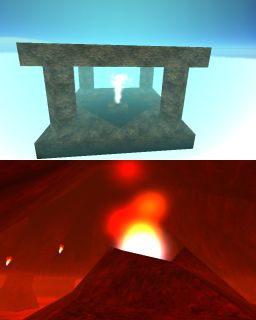 There's a new demo up on my 3D page. It shows off some volumetric fogging and has some music to create the right ambience. For this reason it's a little larger than usual (1.8MB). Hope you decide to download it anyway.

I have done quite a lot of changes under the hood in my framework. For this reason I've updated the Laplace, Dither and Shadows that don't suck demos to work with the updated framework. There's no visual difference though.

To make a long story short. We have moved hardware back and forth a little over here. Unfortunately this left the server without case. Once that was solved, we found out it didn't have any graphic card either. Now that's fixed too and the server is up again. Unless something unexpected happends it should be up permanently from now on. 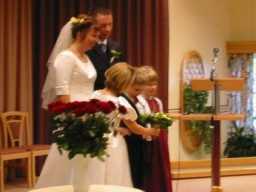 Congratulations to my cousin, Daniel Persson and his wife Isabella, who recently got married. Click on the headline to see the pictures from the ceremony and the party.