I apologize for the lack of updates on this site lately. It's not because I haven't been working on any cool stuff or anything else exciting going on. Actually quite the opposite. Some of you may remember my old "GameEngine" demo, a demo I spent quite a lot of time on back in the Radeon 8500 days and became quite popular for a while and I would say ultimately paved the way for where I am today, working in this field of technology. Many people have asked for me to make something like this again, or simply request that I make a demo that combines lots of the cool stuff I've done in the past. Well, I'm not going to squeeze everything into the same demo, but I've decided to make another large GameEngine-like demo again. Basically, me and another guy from university have long talked about making a real game, but it has never progressed beyond talks. So I decided to combine the two, write some sort of basic engine to use for our game, and make a demo of it for this website as well. So that's what I've been working on from time to time for the last month or so. I'm not ready to launch anything quite yet, but it's coming along pretty well.

I made a prototype and now we've at least getting beyond just talks with that game and got together a bunch of guys to actually do something. That's going to take quite a while to complete, but I'll have a demo as soon as the engine is in a decent condition.

So what else is going on? I got two of my brothers, David and Joel, over from Sweden a couple days ago and they are staying with me until mid-May. So that will keep me busy for a while.

We'll of course visit the standard places, CN Tower, Niagara falls, Canada's Wonderland etc. but we'll also spare some time for some high culture. We got both a musical and a symphony concert on the schedule. 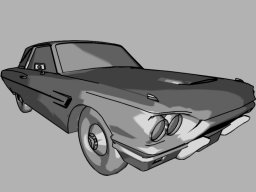 Some cartoonish graphics for ya.

I gave 64bit Linux another shot this week and it worked out successfully this time. Last time I had a lot of problems with more or less everything, this time things worked out better, though not without some trouble. Had some trouble installing the ATI drivers as it comes in rpm format, and the rpm utility depended on a broken package that didn't compile straight from emerge. Had to hack around a little before I got things working. Audio didn't work either initially, neither would it mount my fat32 drive I share with Windows. But I got it all sorted out now and everything's working fine now.

Anyway, I tried compiling the demos for 64bit to see if it worked, and it worked surprisingly well. A few compile errors at first, and after that was solved a few sizeof(long) issues remained, some a bit obscure but I've got it all sorted out now and I've updated both Framework and Framework2. I've tested all demos and they all work as well as they do in 32bit Linux (ShadowsThatDontSuck and ShadowsThatRocks are still broken though). The new frameworks can be downloaded on the 3D page. 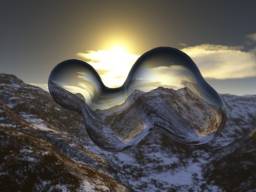 Another time-waster for ya. 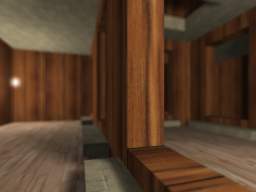