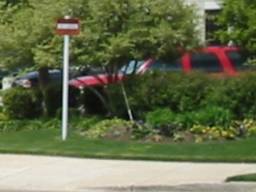 ... no actually it's just a textured quad, but the point is to show the quality difference between different methods. 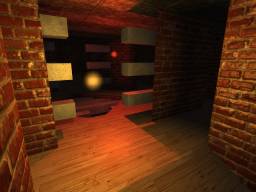 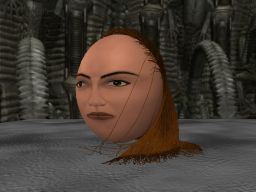 A new demo is up with some hair simulation. A balloon head is bouncing around throwing the hair around as if it was a shampoo commercial.

The March 2006 edition of the ATI SDK is now available for download. Lots of interesting stuff there, in particular the R2VB (render to vertex buffer) samples. 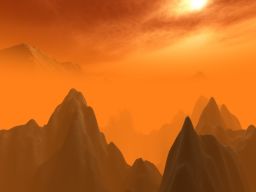 This is a demo, quite similar to my old infinite terrain demo, but this time implemented using R2VB.

Here's a demo that shows how to do application side supersampling in the shader at much lower performance cost than normally associated with supersampling.

I've made pretty substancial updates to the framework, which for instance made GameEngine2 break (still haven't debugged it, but will do that in the coming days). So if you plan on compiling any older demos, keep your old copy of Framework3 around for now.

2006-02-11 update:
I've now fixed the GameEngine2 problem, plus fixed a couple of bugs I found during this process. I also recompiled the older demos based on Framework3 and uploaded new versions so they also got the interface update (you can now select your own keys).

I added the ability to override the backbuffer format. This is useful for instance to set the A2R10G10B10 format on the X1x00 series boards for better color precision. 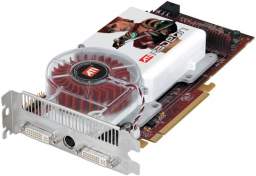 The X1900 series cards were officially launched today and the reviews are in.